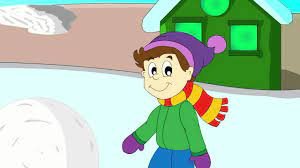 Winter Season is the four month period from December to March in India. It is the coldest season of the year.

The atmosphere during winter season changes drastically compared to other seasons as we witness snowfall, cold rains, thick fog and sudden drop in temperature.

The cold wind blows at a very high speed and the day becomes shorter in winter season. Atmosphere becomes dry and cold during winter as it receives less sunlight because of the thick clouds in the sky.

Some Fact about winter-season